Closing in on perfection… That’s what 999.99 Five Nines is all about. Only 6 months into opening, this cosy little joint is scoring full houses most days of the week thanks to not just friendly prices but the warm service and good culinary.

Helming the open kitchen is Chef Masanao, a soft spoken chap hailing from Tokyo, trained in Sweden and served in countless cities. The man is detailed, sharp and dexterous.. not to mention friendly and polite! His watchful eyes are on a thousand things, from his assistant chefs, to his service crew, to his customers and the very pan he’s holding over the fire. The menu boasts modern European cuisine that’s easy on the palate. No fancy scientific laboratory experiments on prepping the food, no gimmicky celebrity/ influencer endorsements to lure you thru their doors, just good old combo of fresh ingredients, good taste and precision cooking.

The long, narrow restaurant has a modern industrial feel to it. The bar counter seats around 10 people and we were fortunate to snag 2 of them so I could watch all that kitchen action! The atmosphere is casual and bustling and an obvious choice, it seems, for birthday celebrations as I witnessed 5 birthday cakes being ushered out all in the course of one evening! Kudos to the service crew that continue to sing and brim amidst hectic service.

Upon recommendation, we went for the set dinner with a couple of upgrades. 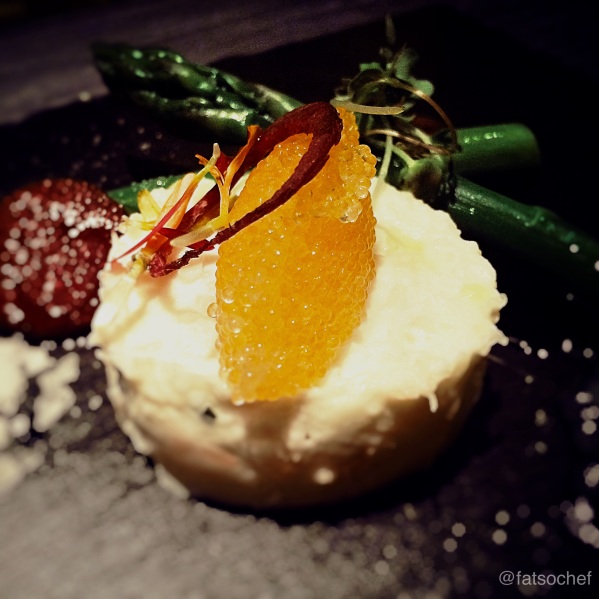 The cold starter, Asparagus with Kalix Löjrom was a delightful little appetizer of soft marscapone accompanied by salty Löjrom (aka salmon roe) and tangy yuzu bubbles. Very simple but worked nicely… especially liked the salt flakes that added a teeny crunch in every mouthful. 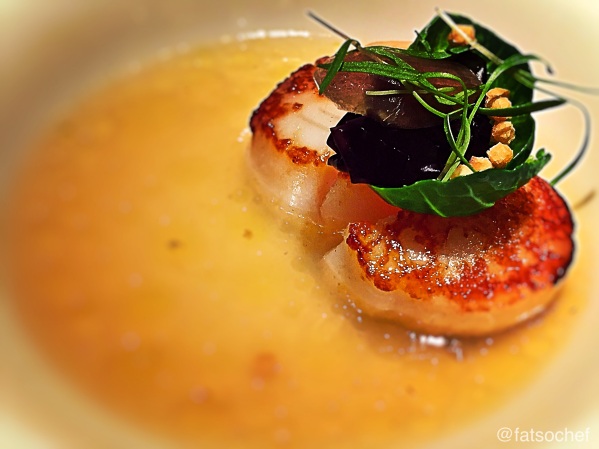 Scallops and Jus De Mer – 2 petite scallops pan-fried to a light crisp and flavored mainly by the sweet seafood broth. I actually enjoyed the broth more and wished it had come hotter, and with a spoon! 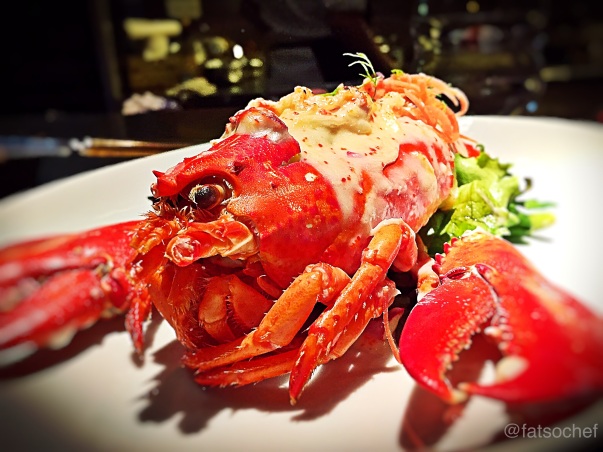 We had both the Halibut and the Signature Lobster Gratin for our first mains. The much raved about Lobster Gratin was a sure-win recipe of bechamel and cheese. Torched at finish for that smokey char and topped with a sprinkle of salmon roe. To be honest, I was expecting something more innovative, but I guess, give the people what they want and you’ll see’em lobsters fly out the kitchen. I do appreciate that the lobster meat had been painstakingly removed and cut into bite sized pieces before replacing them in the lobster shell to be broiled. Saves us all the “hard” labor!

The Halibut with Carrot Ribbons turned out to be my favorite dish of the evening. Yea… it looks rather simple and almost unexciting but the block of fish was cooked perfectly. The flesh flakes off nicely and it is tender, juicy and browned just enough to give off a light crisp. 2 tiny pieces of deep fried fish skin add crunch and bite whilst the yummy white wine sauce dressed the meat beautifully. 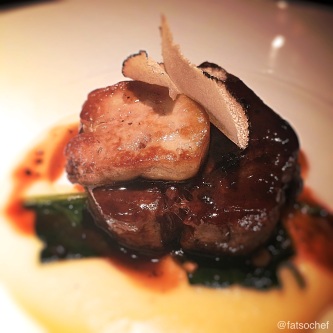 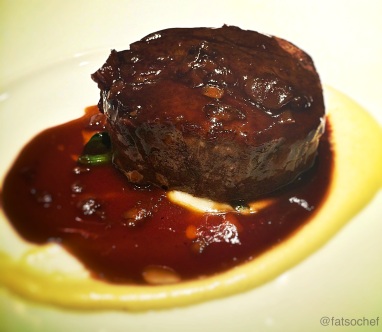 This was followed by the Tenderloin steak and the Rosini. I like the flavors in the Rosini. The Foie Gras was well cooked, the potato puree and sauteed spinach were ideal with the filet mignon, which could have been perfect except I got a cut with a teeny strip of sinew. Urgh.. just my luck! On the other hand, the Tenderloin was juicy all round. And whatever else it needed was there on the plate… an earthy mushroom jus and pureed potato. 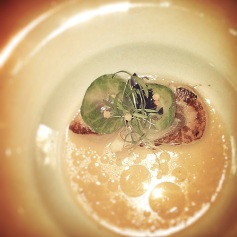 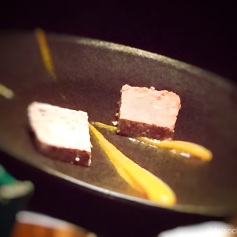 And a glimpse of the Keong Saik Street Festival that happened the night we went dining at Five Nines….